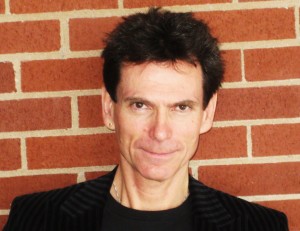 Michael Devine has directed 40 professional productions in 8 languages, at national and independent theatres in Canada, Serbia, Croatia, Kosovo, Romania, and Hungary. He has appeared as a featured guest artist at 8 international theatre festivals.

As a playwright, Michael has created both text-based plays and BoxWhatBox-generated productions which have been produced in Canada, Hungary, Serbia, Romania, Ukraine, Finland, Kosova and elsewhere.

A recognised international scholar in theatre, Michael has given keynote addresses and presented conference papers at universities and conferences across Eastern and Central Europe as a member of CEACS, the Central European Association for Canadian Studies. Currently a Full Professor of Theatre at Acadia University, Canada, Michael possesses teaching expertise in Theatre History, Dramatic Theory and Criticism, Dramaturgy, Playwriting, Directing, and Performance (Acting).

Classically trained as an actor in London (UK) at LAMDA and New York City at the HB Studio, Michael has a PhD from the University of Toronto.

Michael is also the Founder and Executive Director of the Centre for Alternative Theatre Training (CATT), an international, intercultural actor training intensive which takes place annually in Europe. In addition to its annual intensive, CATT Projects supports intercultural alternative theatre projects through the sponsored collaboration of Michael or his CATT Associate team.

Michael is the creator of BoxWhatBox, an internationally recognised performance creation and actor-training system, which has travelled to 20 countries on five continents.

He is currently creating a new work, Image of the Image, with actors from two state theatres in Serbia, scheduled to première in 2021. He is at work on a book, BoxWhatBox: Acting for the 21st Century. His new trilogy, A Trashcan History of the Crusades, has just been completed. In 2021 he will publish Playing Outside the Lines, a collection of his produced plays.